Being a financial expert in the litigation world is tough work – I can say this because I have two decades of experience in the field. Though I would like to say the hardest part is sorting through piles of financial documentation to arrive at your conclusion, unfortunately, that is not the case. In fact, that is the easy part. Others may speculate that the hardest part is being on the stand while answering hard questions regarding your work product. Though that can be intimidating and stressful in the moment, it doesn’t take the number one spot. In an industry significantly comprised of individuals who rely on numbers to tell a story, it is typically the other side of the coin that rears its ugly head and leaves you wondering what exactly happened. The situations where you feel like you have metaphorically hit the bullseye are typically the ones in which you realize that you didn’t hit the target at all.

As I have emphasized in previous articles, the value of your expert isn’t completely found in their ability to derive a number. Though important, that number is only as good as the expert’s ability to explain it. Without the story-telling skillset, the derived number decreases in value. The explanation is critical, particularly matching it to your target audience, which usually includes an attorney, judge or juror, and filling in the gaps between the numbers and the overall picture. This is where experience separates experts and creates standouts. Those who can break down complicated topics into an understandable process are far more likely to be more persuasive in their testimony. Notice the use of “more likely” instead of “always.” As the title indicates, this is an article about my personal success and failures in this area. You will see that preparation doesn’t always result in success, and the “human factor” isn’t something for which you can always account.

In litigation cases, sometimes testimony is only one part of a much bigger picture. During one such case, I was contacted by a local law firm to conduct a damages calculation regarding a business that was destroyed in a fire. Upon meeting with the law firm, we discussed various aspects of the case, including our role in the case and the various documentation currently available. During this conversation, we discussed proof of coverage. As my coworker and I listened for well over an hour, we couldn’t help but ask, “How do you plan to get over the hurdle of proof of insurance?” Since our calculation is dependent upon the plaintiff having coverage, we felt it was a valid question. Though not actually in our scope of work, we didn’t want to embark on an expensive analysis if the foundation of the case is built on sand. We were ensured that the proof of insurance was covered and that we needed to proceed with the calculation.

Those who have worked alongside me know that I am a stickler for supporting documentation. This allows me to make as few assumptions as possible and provides reliability to my testimony to keep the case grounded. In this case, we provided a significant amount of work, including a site visit of the decimated facility, poured through significant levels of electronic documentation as well as on-site documentation, interviewed employees and the owner, and even determined a way to appraise equipment that was burnt beyond recognition. For the areas that required assumptions, we clearly documented where those assumptions were made and their impact on the damages amount. In the end, we independently tied back to the books within a couple of thousand dollars.

Court day came with a full day of testimony regarding the level of analysis and how much time, energy and effort went into deriving what we decided was the most accurate number possible, given the information available to both sides. The jury seemed engaged, which is typically a good sign. Total damages calculated were over $5 million. Being that we weren’t the last expert to testify, days went by before we knew the result.

The dreaded hurdle of proof of insurance had come back to rear its ugly head. Though it wasn’t on us to provide the proof of insurance, it made our calculation irrelevant, validating our concern from day one. The silver lining, however, is that after the ruling was made, a juror approached our hiring attorney and said, “Your expert provided very convincing testimony, and we wanted to award damages, but we couldn’t get over the hurdle of proof that the plaintiff actually had insurance.”

In this instance, we were hired to provide a valuation for the wife of a medical professional. There were certain aspects of this case that make it unique. As we all know, the world essentially shut down in early 2020 due to the pandemic. In late 2020, this medical professional finished building a multimillion-dollar facility, which significantly increased the capacity of the practice. It was also around this time that the physician filed for divorce. Our assignment was to value this practice for equitable distribution between the two parties.

As most investors know, value is based upon future cash flows, not past cash flows. You are willing to buy something if you expect it to provide a future return. The past return on investment is of no concern to the seller, except in the instance that the past accurately represents the future returns. In this case, future operations would reside in a facility that was able to produce much more revenue and profit due to the ability to accommodate more patients. We were able to obtain a year and a half’s worth of financial statements in the new facility by the time this case went to court, and it was proven that the practice’s revenue grew by more than 50 percent in one year. Being that stickler for documentation, we were able to obtain enough information to accurately project when the new facility would reach capacity by using the practice’s own documents regarding new patient growth, average revenue per patient and number of rooms available to see patients. Using the practice’s expenses as a percent of revenue, we completed a forecast and performed a valuation with consideration given to goodwill.

We provided a detailed description of our analysis, how we determined our value and that we based the value upon future operations, since history no longer represented the future. We explained in detail the following:

We poked so many holes in the use of the buy-sell agreement that it was basically transparent. Or so we thought.

Since our venue was a late case evaluation during which a judge hears both sides and provides a recommendation on which way he would lean in an effort to have both sides settle, we were able to receive the point of view from the judge. Unfortunately, he didn’t offer much in the way of clarity on his opinion other than he reviewed the buy-sell agreement, commenting on its authenticity. He also commented that our forecast about the future made assumptions that made him uncomfortable, and that he was holding to the buy-sell agreement.

Though frustrating, the takeaway is that sometimes you can have all the evidence in the world at your fingertips, but if you can’t tell the story in a way to help others understand your position, it doesn’t mean as much to them as it would to you. You can only provide so much education to a judge and jury in the limited time parameters while on the stand. When you couple this with others’ lack of experience regarding all things financial, you get a hurdle that sometimes can’t be overcome, regardless of the accuracy of your conclusion. This is precisely why so many attorneys suggest settlement as a way to avoid relying upon the ability of a judge or jury to understand the complicated aspects of the case.

Let’s close with a successful case I wrote about previously. In this case, a part-owner of a mattress company was seeking to exit the company. The operating agreement stated the agreed-upon purchase formula between the two owners and the exiting owner sought to be paid based upon that formula. The remaining partner did not want to pay the exiting shareholder but instead decided to sue the exiting shareholder for various reasons. We were engaged to provide calculations in four distinct areas. These areas included calculation of buy-out value for withdrawing member, breach of distribution agreement damages, intentional interference of business relationships and unjust enrichment.

During our analysis, we were provided with all the original documentation that was deemed to be relevant to the case. As we dove deeper into our analysis, as is typical with cases like this, more documentation was needed. In some instances, the client had conducted their own analysis and provided their findings. In almost every instance, we revised those numbers based upon the facts within the documentation that was requested. The purpose of this is to provide a bulletproof analysis that will withstand cross-examination.

As we arrived at the courthouse, we were met with opposing counsel, the remaining shareholder – and his bodyguards. Yes, bodyguards were present during the entirety of the multi-day hearing. However, that was not the strangest aspect of this case – as we testified and made solid points to support our opinion, the remaining shareholder would clap loudly from his chair as if he was cheering us on in the case against him.

As you work in this space, you learn to read your audience. In this case, the audience was the jury. After giving our testimony, we were able to remain in the courtroom to hear additional testimony from opposing experts. It was during this time that we received some major tells from the jury. As they would enter and leave the room, certain jury members would consistently look at us and either smile or wink. There is nothing more satisfying than knowing that the testimony on your work was received with as much tenacity as was put into the work product.

Final Thoughts from the Trenches

The singular takeaway from each of these cases is that placing your fate in the hands of a judge or jury can be, simply put, a very dangerous thing. Sometimes there is no amount of persuasion or analysis that can compensate for an inability to understand. In situations such as these, it is important to remember that at the end of the day, you are dealing with people, and people are very unpredictable. However, this is all the more reason litigation experts should seek to depict a story to support the numerical value in the best possible way, learning from the past and looking with optimism to applied lessons learned to your next upcoming case.

For questions or more information, reach out to Matt Stelzman. 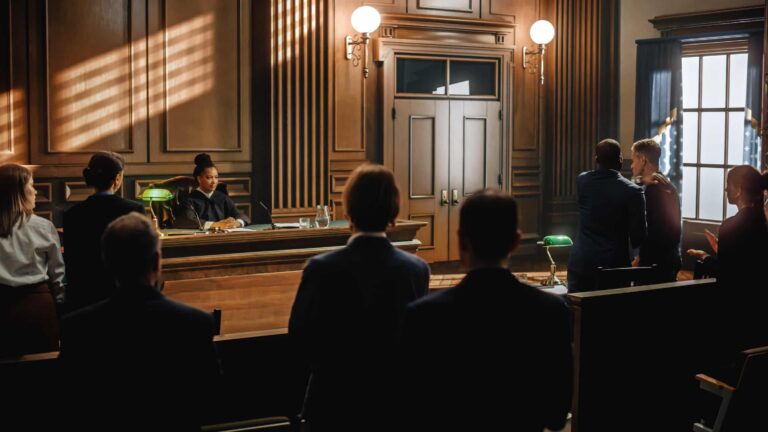